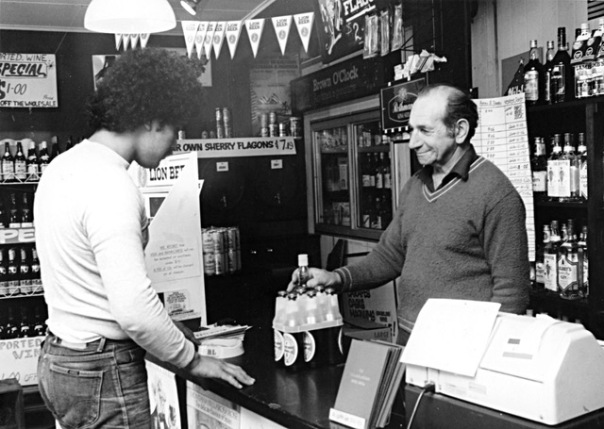 The Berhampore bottle shop, on the corner of Adelaide Road and Herald Street. Opened in 1977, it was the first liquor outlet opened by the Wellington South Licensing Trust.

The Wellington South Licensing Trust was formed after the General Election of 1972 when the area voted to restore liquor licensing by trust control after having been ‘dry’ since 1908. The Trust had a hard time getting started because it first had to find money to buy premises. After setting up bottle stores in Newtown, Berhampore and Island Bay, money started coming in – but it wasn’t until after the arrival of ‘pokie’ machines in 1987 that there was enough to make substantial grants to community organisations.
By the late 90s, however, the difficulties of managing the business, together with changes such as sales of liquor in supermarkets, saw profits diminish to the point where the Trust could no longer continue. It ceased to operate in 1998 and was wound up in 2001.
The nearly 30-year operation of the Trust saw great changes in the demographics of the Wellington South area and in the freer attitudes of society to liquor. This history is written from interviews with 12 of the former trustees, and gives an insight into the problems they faced and the successes that were achieved.