Apologies! There has been a hiatus in updating this page so currently the information is of historical interest. Updates coming in the near future.

This is a combined effort with  St Thomas’s Newtown and the Newtown Residents’ Association, helped by the Keep Newtown Clean volunteers.  It started in September 2015. The courtyard garden had got very overgrown and we have undertaken to weed, plant and then maintain it for the enjoyment of all.  Email us – newtownwellington@gmail.com – to find out more, and let us know if you would like to get involved.

St Thomas’s is on Riddiford St, next to McDonalds

3rd September 2016 : A year since the project started!

Keep Newtown Clean volunteers and members of the St Thomas’s congregation made good progress with clearing the remaining agapanthus and planting two of the garden beds. There is still a lot to do in the coming weeks. 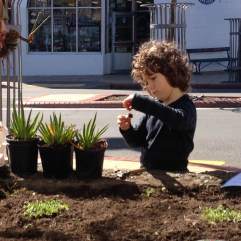 We are very lucky to have a landscape architect on the Newtown Residents’ Association Executive.  Cheryl Robilliard of PAOS Ltd – http://www.paos.co.nz – has designed a planting plan for the garden, which has been approved by St Thomas’s.  Cheryl has chosen plants which are suitable for the conditions, hardy, low maintenance and attractive in form, texture and seasonal colour.  There is a mix of natives and exotics, but the majority are natives.

We plan to start planting on the next Keep Newtown Clean day on Saturday 3rd September.

KNC volunteers made a real impact on the garden – clearing beds and spreading compost, ready for a big re-planting project in a few weeks. 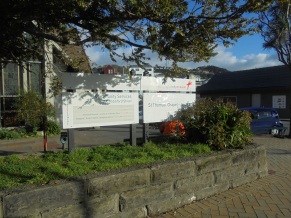 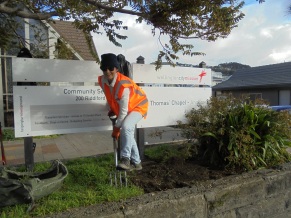 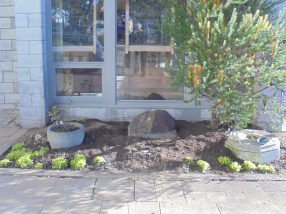 We had a lovely Neighbours’ Day afternoon tea at St Thomas’s on Saturday the 19th March; many thanks to all who brought baking, and to the St Thomas’s group who organised and hosted this so beautifully.  This was assisted by the Neighbours’ Day grant from WCC.  The majority of the grant money will go towards the next steps in renovating the garden – in Autumn and early Winter we will be doing some serious work replenishing the soil and planting – we are taking advice on the most suitable plants for the space. 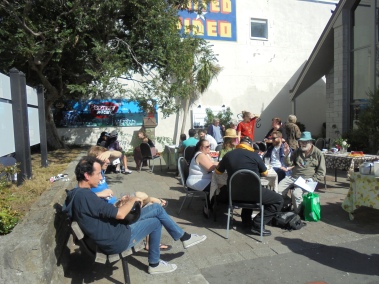 We have a Neighbours’ Day grant from WCC to help with establishing the garden, and we will be having a celebratory Neighbours’ Day afternoon tea at the Courtyard on Saturday March 19th for neighbours, Association members, and the Church and City Mission. 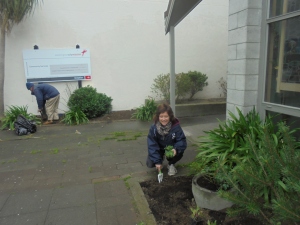 5th September 2015: At the beginning of the day everything was covered in grass and weeds. Keep Newtown Clean volunteers spent the morning clearing the ground. 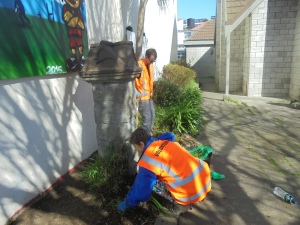