Toi Whakaari, the New Zealand Drama School, is presenting a double bill: two of the most groundbreaking plays from the German theatre scene are coming to Wellington.

Woyzeck
by Georg Büchner (1830s), adapted and directed by Jonathon Hendry, and

These plays will be on at Te Whaea: National Dance & Drama Centre, 11 Hutchison Road, from Saturday 13 June–Tuesday 23 June (no shows on Monday 15 June and Sunday 21 June): 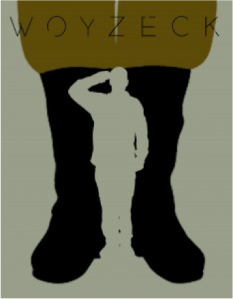 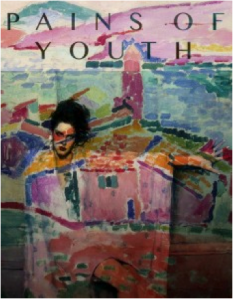 A startling script from writer Ferdinand Bruckner in 1929 titled Pains of Youth, and Woyzeck that was born in the hands of dramatist Georg Büchner in the 1830s. Both plays offer archetype stories from remarkably contemporary viewpoints. “These are two extraordinary writers and these plays were just centuries ahead of their time”, says Woyzeck’s director Jonathon Hendry, who has also adapted the unfinished play.

The demoralization of a group of disillusioned medical students becomes the focus of Pains of Youth, while Woyzeck looks into the dehumanising effects of doctors and the military on a young man’s life. “Doing plays like these forces everybody that engages with them to butt up against humanity in a really robust and invigorative way”, explains Shane Bosher, the guest director for Pains of Youth. “From an acting perspective, the plays require all of you.”

Both plays will be staged in the Te Whaea Theatre, using two separate sets. From a design perspective, the challenge lies in creating spaces that speak to each other. “It’s a challenge doing two shows in one space, because they’re both quite big important shows, with limited budgets” says production manager Amy-Louise Mill, who is also a third year performing arts management student. Limitations all too familiar in the ‘real world’ but that won’t stop the youth production team from delivering a theatre experience that stays with the audience.

WARNING: These plays contain adult themes and language, partial nudity and may not be suitable for younger patrons.

Shane Bosher trained as an actor at Toi Whakaari: NZ Drama School. He oversaw the creation of 98 productions, including 21 new works and 9 touring productions during his 13 year tenure as Silo Theatre’s Artistic Director. He’s a three-time recipient of the Director of the Year award from The New Zealand Listener.

Jonathon Hendry is a graduate of Toi Whakaari: NZ Drama School. After periods on the Trust Board, Board of Studies and as a guest tutor he joined the staff of Toi Whakaari in July 2007. He established himself as an award winning actor before directing with ATC, Silo, Downstage, Circa, Centrepoint and BATS.

Mobility car parking is available on-site, and the toilets and theatre are wheelchair accessible.